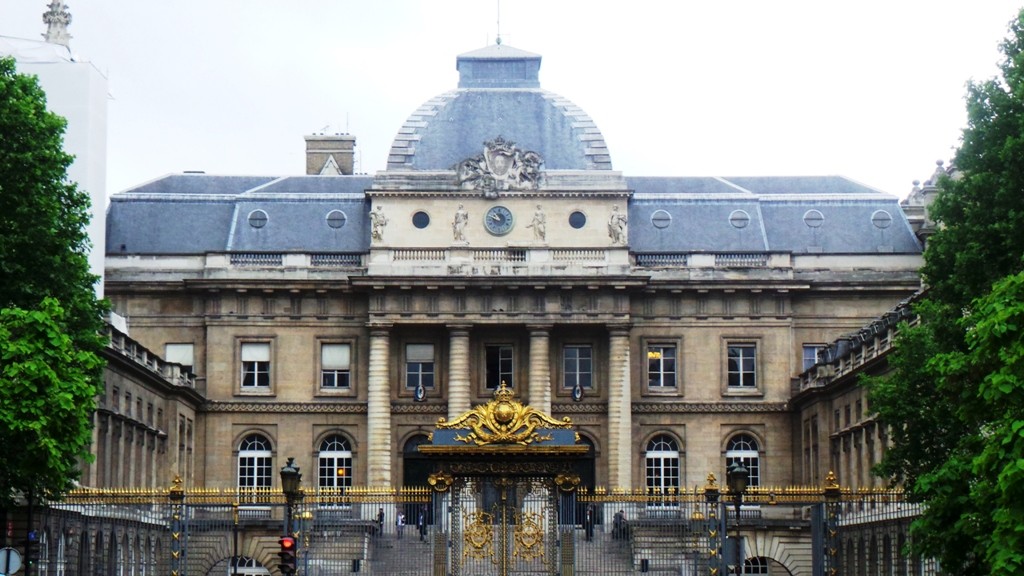 Next we explored the area that used to be the Palais de la Cite ( palace of the city ). Now it is the legal precent .  The main places of interest to visit are Sainte Chapelle with it’s fabulous interior and Le Conciergerie not the place you wanted to be sent to when it was in its prime.  The entry fee for both was covered by our Museum Pass and ok there were no queues this particular morning, but if there had been, we would have walked straight pass them! 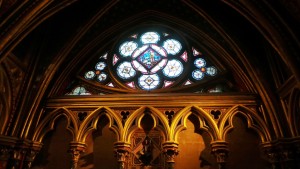 The Sainte Chapelle or ‘Holy Chapel’ sits in the courtyard of what use to be the royal palace on the Île de la Cité not far from Notre Dame.  Built by Louis IX it housed his collection of holy relics which included the Crown of Thorns. 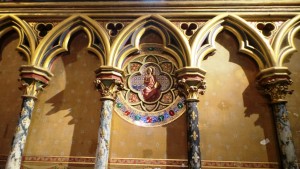 The most famous features of this little church are the magnificent stain glass windows and as luck would have it, its most impressive Rose Window was blocked for renovation.  The walls were all decorated in rich colours outlined with a brilliant gold and a white marble statue of Louis  had pride of place within. 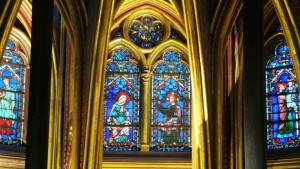 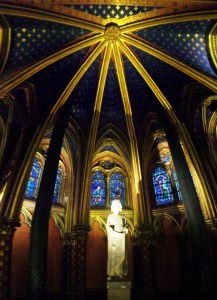 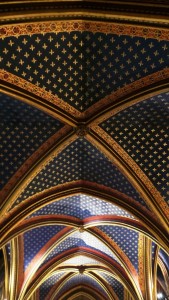 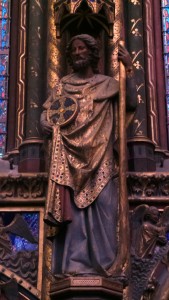 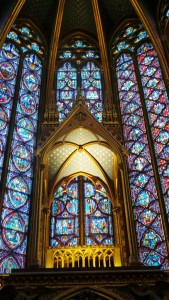 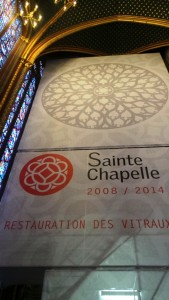 You could say that the Conciergerie was the waiting room for those headed for the guillotine.  Hundreds of prisoners during the French Revolution were held here before they faced execution.  Now it serves as a museum. 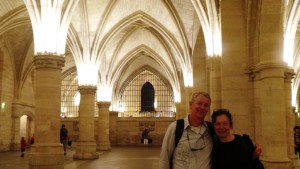 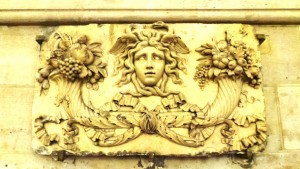 When you first enter you proceed down to the Hall of the Guards. It had various functions, it was used as a dining room for the 2000 staff members who worked in the Palace, it was also used for royal banquets and judicial proceedings.

With its vaulted ceilings and beautifully lit pillars it reminded so much of the Basilica Cistern in Istanbul but without the water… all that was missing was Medusa.   What the…!!!   just as we walked down the very end of hall what did I spy?  Yep Medusa herself..

Walk deeper into the building you come across the prison cells. 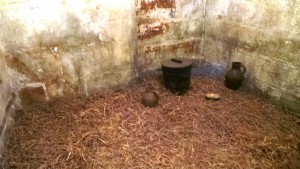 Just like the Titanic, the cells were class orientated.  No upgrade fairies here, you got what you paid for.  For a free ride you got a cell lined with straw and a bucket which you shared with everyone else. Pay a little and you get a bed, a little more and you could snag yourself a single cell.  Now as you can imagine the commanders of the prison made a lot of money, as depending how quickly prisoners were executed, the 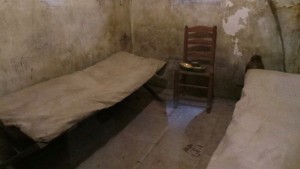 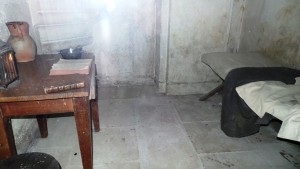 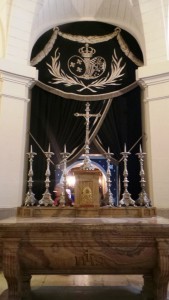 Just like all good ships there is always the Royal Suite, and one of  the Conciergeries most famous guests was non other than Queen Marie Antoinette.  The actual cell where she was held has been turned into a small chapel, but they have created a replica of what her cell would have been like.  You enter and see her sitting. Just 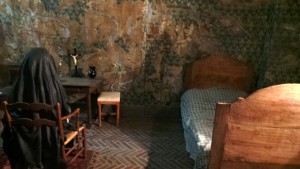 outside her cell you see a guard watching her every move, she was never left alone. She was never given any privacy what so ever. Here she remained during her trial and up until her execution.